WhatsApp v2.20.50 for iPhone brings the new group calling feature, and the changelog suggests that both voice and video calls now support up to eight participants. To use this feature seamlessly, all participants have to be on the latest version of WhatsApp, and therefore it is recommended to install the update as soon as you receive it. If you haven’t turned on auto update on your iPhone then you should go and check manually in the App Store and install the update. The changelog of the update also mentions visual improvements for iOS 13 users, including an updated message action menu.

How to make a group call with WhatsApp

The method to start a group voice or video call remains unchanged; however, you will now have the option to add seven more people, instead of just three. To place a group call on WhatsApp, you need to open the desired group with whom you wish to interact with, and click on the call button on the top right. If the group has more than eight participants, WhatsApp will ask which contacts you wish to call, otherwise the call will be directly started. Group participants that aren’t saved in your address book won’t be added in the call. 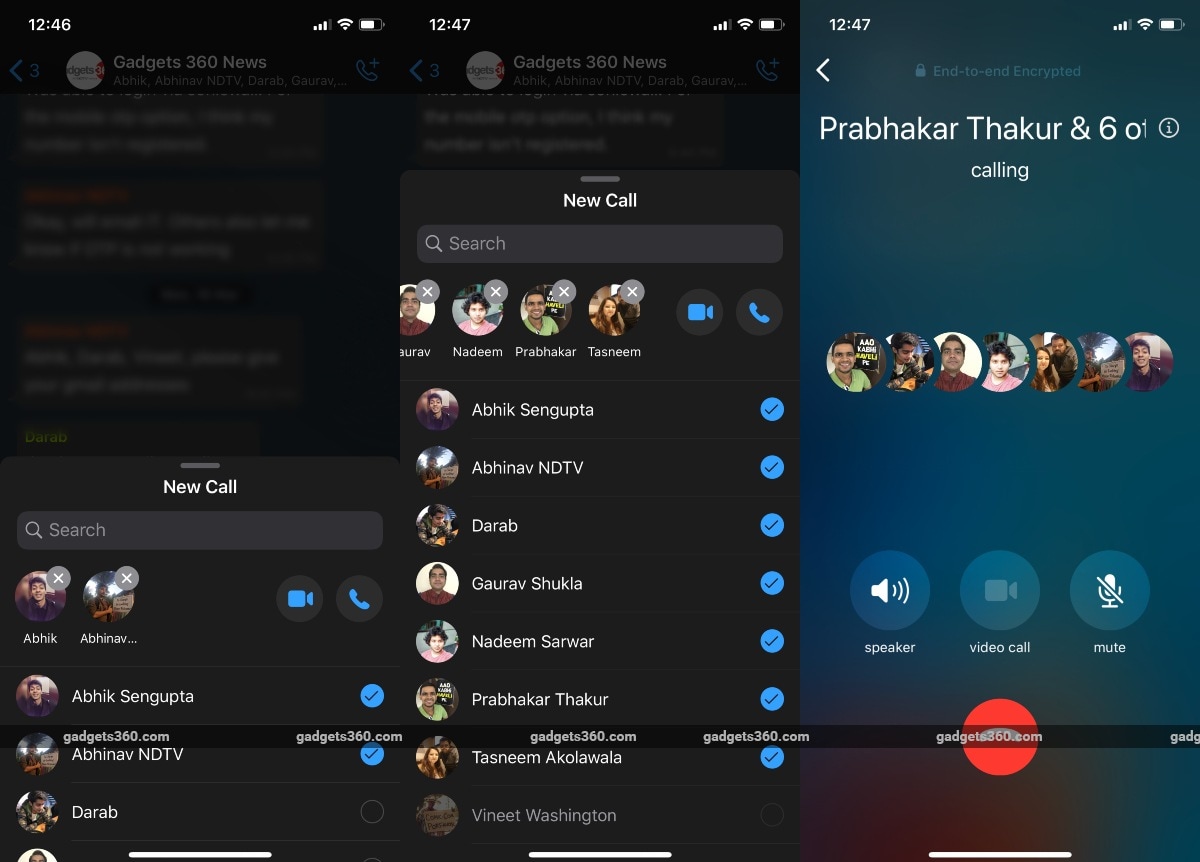 As people across the world practice social distancing, Zoom shot up to fame, mainly because of its ability to allow large group of people on a call. WhatsApp looks to tap into this new demand for large online group conversations with this feature. Of course, it still doesn’t allow as many participants as Zoom or even Duo for that matter. However, it’s a first step in that direction.

Now that iPhone users have received the update, it should only be a short while before Android users start receiving it as well.

Samsung Display to End All LCD Production by End 2020

Google Sued for Collecting School Kids’ Personal Data in the US