It’s time to celebrate a galaxy far, far away with the annual Star Wars holiday — Star Wars Day on May 4 — now here. What’s with the date? It’s a wordplay: May the Fourth, as in May the Force be with you. And this May the 4th is special in more ways than one. The long-running animated series Star Wars: The Clone Wars airs its series finale, the first-ever live-action series The Mandalorian gets a behind-the-scenes documentary series, and the billion-dollar movie Star Wars: The Rise of Skywalker arrives on streaming. Star Wars Day began as a fan holiday, but Disney has fully embraced it since its purchase of Lucasfilm in late 2012.

For Star Wars fans in India, this is also the first Star Wars Day that nearly every Star Wars title ever made — be it movies, TV shows, or shorts — is easily available to stream, in a variety of languages — English, Hindi, Tamil, and Telugu — all on one platform: Disney+ Hotstar. If you’re looking to binge watch the nine-episode Skywalker saga movies, Star Wars: The Clone Wars, Star Wars Rebels, Star Wars Resistance, and The Mandalorian, or introduce Star Wars to your kids, all of it is here. But given there’s so much of it, and so much of it connects to something else, what order should you watch it in? That’s what we are here to answer, for both Star Wars newbies and die-hards.

And what better time than a lockdown to watch all of Star Wars (again). May the Fourth be with you.

How much Star Wars is there?

Time for a quick history lesson, first. Star Wars creator George Lucas delivered the first movie in 1977. Then simply known as “Star Wars”, it has been retroactively retitled to Episode IV: A New Hope. The success of A New Hope led to a TV spin-off in 1978, with the Star Wars Holiday Special. But it turned out to be terrible and became so infamous that it’s not available easily and no one really talks about it.

The story of Episode IV continued in two sequels — 1980’s Episode V: The Empire Strikes Back and 1983’s Episode VI: Return of the Jedi — which wrapped up what is known as the Star Wars original trilogy. It largely focuses on the trio of Luke Skywalker, Han Solo, and Leia Organa.

With Star Wars high in demand, the ‘80s saw four more spin-offs. First with 1984’s TV movie The Ewok Adventure, set between Episodes V and VI. Then came two TV series that began together in 1985. Set 15 years before Episode IV, Star Wars: Droids followed the exploits of droids R2-D2 and C-3PO. And Ewoks followed the titular creatures, also before Episode IV. And lastly, 1985 also brought a sequel to The Ewok Adventure with Ewoks: The Battle for Endor, still set between Episodes V and VI.

And then in 1999, Lucas returned with Episode I: The Phantom Menace. It was followed by two sequels — 2002’s Episode II: Attack of the Clones and 2005’s Episode III: Revenge of the Sith — which made up the Star Wars prequel trilogy. With that came the end of the story of Darth Vader that Lucas had set out to tell nearly three decades ago.

Then, 2008 gave us the first animated Star Wars movie with The Clone Wars — set between Episodes II and III — which was essentially the initial episodes of the TV show of the same name, set to conclude its run this Star Wars Day. The Clone Wars film was panned, but the series managed to turn things around. (It hasn’t been running for 12 years, mind you. It was cancelled in 2014 and then revived in 2019.)

Shortly after The Clone Wars ended, its creator Dave Filoni moved on to another animated show in Star Wars Rebels. Set fourteen years after Episode III and five years before Episode IV, it follows a bunch of rebels — naturally — as they try to thwart the Empire.

While Rebels was the first new release after Disney’s purchase of Lucas’ company, Lucasfilm, in late 2012, the galaxy far, far away would expand soon after. 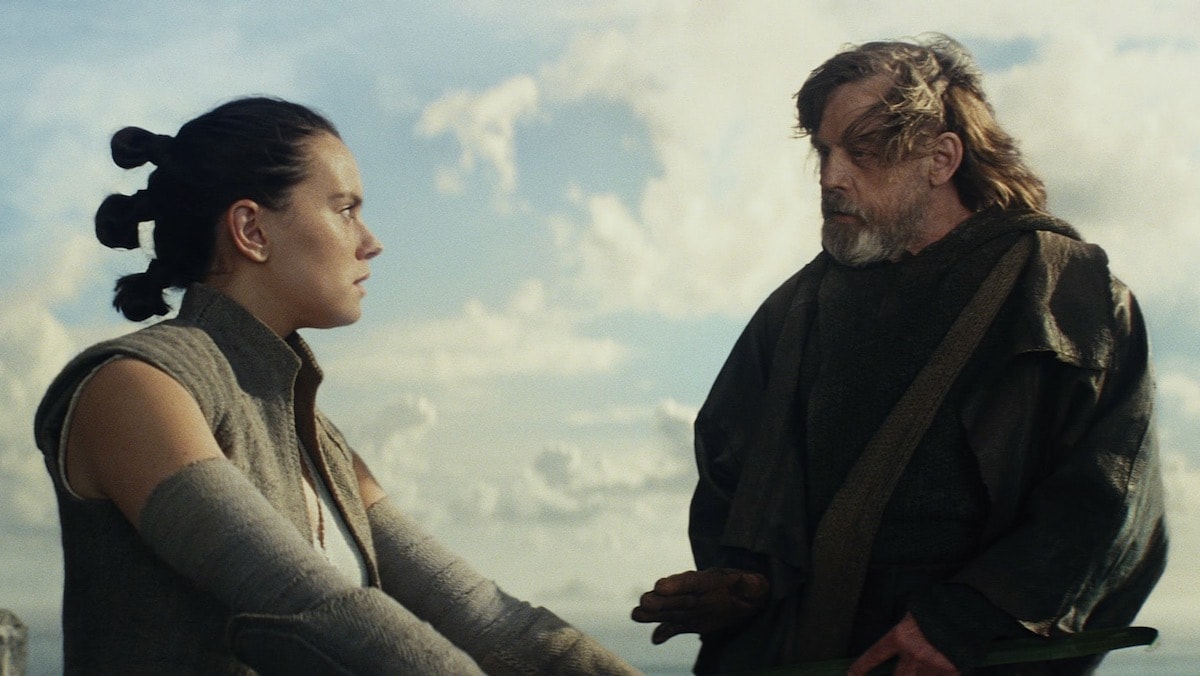 Meanwhile, Disney cashed in on nostalgia with standalone prequels. 2016 saw Rogue One, which ties directly into Episode IV. And 2018 brought Solo, an origin story for Han Solo. But the latter’s critical and commercial failure told Disney that it needed to slow down.

In between all that was another series from Filoni called Star Wars Resistance, set before and during the vents of the sequel trilogy.

And with the arrival of streaming service Disney+ in 2019 came the first-ever live-action Star Wars series, The Mandalorian. Set between Episodes VI and VII, it follows a bounty hunter whose life is upended by his next target.

What’s the correct sequence to watch all of Star Wars?

Well, first we need to answer what’s essential watching: Episodes III, IV, V, VI, VII, and VIII, Rogue One, and The Mandalorian. And since you’re going to be doing part of the prequel and sequel trilogies, you might as well include Episodes II and IX for better understanding, though they aren’t good, frankly. Honestly, there isn’t any ideal way to watch them, but if you’ve gone looking for this answer before, you’ve likely come across the term “Machete Order”.

The trouble is that viewing scheme was designed prior to the release of The Force Awakens, so it works well for the original and prequel trilogy. Here’s how you go about it: Episode IV: A New Hope, Episode V: The Empire Strikes Back, Episode II: Attack of the Clones, Episode III: Revenge of the Sith, and Episode VI: Return of the Jedi. As you can tell, this order skips one movie — Episode I: The Phantom Menace — but it doesn’t matter.

What this does is that introduces you to Luke, Han, and Leia, in addition to the villain Darth Vader, before taking you on a two-film-long flashback that tells you how Darth Vader came to be who he is. It also helps get around the problem of Lucas’ endless tinkering of his former works, which saw an actor from the prequel trilogy being inserted into the original trilogy. Yeah, it’s a whole thing.

You can expand the “Machete Order” to include Episode VII: The Force Awakens, Episode VIII: The Last Jedi, and Episode IX: The Rise of Skywalker, by simply slotting them at the end.

But the “Machete Order” isn’t designed for films and series outside the Skywalker saga, which is why Rogue One and The Mandalorian don’t fit in it. Those two should just be seen on their own. That’s also the case for The Clone Wars and other animated series, which have nothing to do with the main plot.

We realise this is complicated — that’s why this article exists — and you might be inclined to just watch all of it in the release order. If you’re willing to allow yourself to be confused with one scene at the end in Episode VI, that should work. All you need to know is that the actor you can’t recognise — as below, on the left — is essentially a younger version of Darth Vader.

Here’s the final viewing order for your convenience — click on the link to open each title on Disney+ Hotstar.

And separately, but not before Episode IV

Not before Episode II

Not before Episode VI

What’s next in the world of Star Wars?

Thanks to Solo‘s troubles, Star Wars is currently on a hiatus on the big screen. But there are several prokects in the works. The Last Jedi writer-director Rian Johnson has been handed a new trilogy that will have no connection to the Skywalker saga. Shutter Island writer Laeta Kalogridis is reportedly working on a film based on Star Wars: Knights of the Old Republic video games. It’s set 4,000 years before the creation of the Empire, which happens in Episode III.

Marvel Studios president Kevin Feige and Lucasfilm president Kathleen Kennedy will collaborate on another Star Wars movie, but we know nothing about it. There’s one in development that will reportedly be set during the High Republic era, set 200 years before Episode I. And lastly, Sleight writer-director J.D. Dillard and Luke Cage writer Matt Owens are reportedly working on a Star Wars movie.

But none of that has a release date or year attached, though Disney did date three untitled Star Wars movies between 2022 and 2026 once. Things are more concrete on the TV side of things. The Mandalorian returns with season 2 in October 2020. Beyond that, there’s a Rogue One prequel series, set for 2021 and centred on Diego Luna’s character; an Obi-Wan Kenobi prequel series set eight years after Episode III; and a female-led series from Russian Doll creator Leslye Headland.