LG Premier Pro Plus (L455DL) specifications have been leaked via Google Play Console listing and the phone’s user manual has also been spotted. The latest revelations show that the upcoming LG phone will be an entry-level offering. The listing means that LG Velvet is not the only smartphone that the company is planning to launch in the near future. Both Premier Pro Plus and Velvet can be seen having similar waterdrop notch at the top. However, Velvet official specifications make it clear that it will be a more expensive device.

According to HDBlog.it, LG Premier Pro Plus was listed in the devices catalogue on Google Play Console, displaying several specifications of the smartphone. The Premier Pro Plus can be seen with a waterdrop notch display panel in the listing image. The display may have a resolution of 720x1560pixels and 280 pixel density. The smartphone is tipped to run Android 9 Pie. It will be powered by a MediaTek Helio P22 SoC (featuring four Cortex-A53 cores) coupled with 2GB of RAM, said the listing. 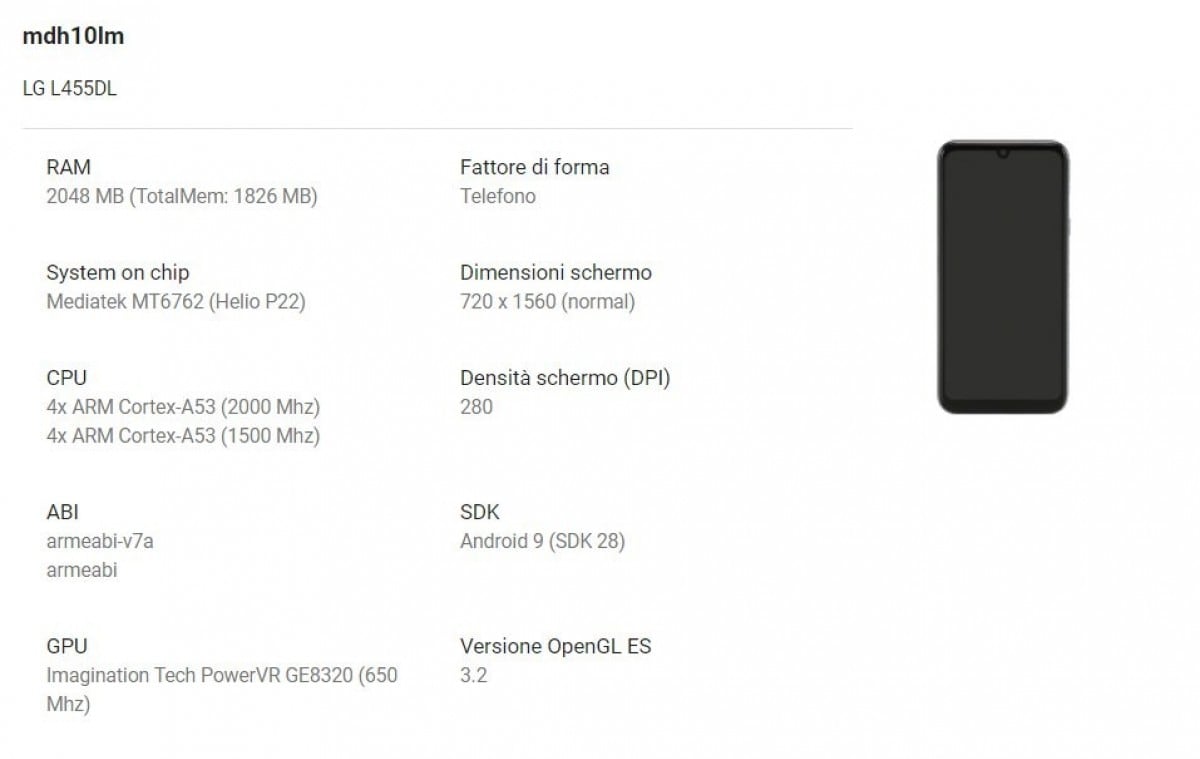 While the Google Play Console listing doesn’t say anything about the cameras, Premier Pro Plus could feature, dual rear cameras including a wide-angle lens, as seen in the leaked user manual. An LED flash is also visible. A front camera should be placed in the waterdrop notch.

Moreover, the phone is expected to have the ability to provide expandable storage via microSD card and a rear fingerprint sensor. The phone can be seen having a dedicated Google Assistant button as well. For connectivity, the phone is tipped to have a USB Type-C port.

The launch date or price of LG Premier Pro are not known yet but as mentioned above, it is going to be a budget segment phone.

In January, tipster Evan Blass had revealed images of two LG phones with model numbers L555DL and L455DL. While L455DL could be the LG Premier Pro phone, the wait for the other one goes on.